Is home haemodialysis the key to better quality of life and survival? 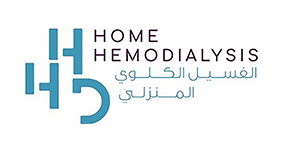 The widening ubiquity of health issues in the world, demands more insightful thoughts into healthcare quality to reevaluate patient’s needs as unfolds with multiple complexities. Many research and studies are often about the diseases or related factors within the healthcare sector whereas an important aspect is overlooked over the time that matters most to the people that must be measured: the quality of life.

Hereby HHD presenting the clinical and biological outcome, of treating those highly comorbid and disabled dialysis patients, with nurse assisted home hemodialysis (at home setting) and their health progress.

Dr Hisham received his medical degree from University of Gezira, Sudan in 1993, followed by his certification in General Medicine Professional Training, Ireland and Membership of the Royal College of Physicians from UK in 1999. He acquired the Masters in Nephrology (MMedSci) from Sheffield University, U.K in 2004 and later (CCST) General Medicine & Nephrology from Post Graduate Medical and Training Board, UK in (2007-2010).

He has more than 20 years of experience in the field of Nephrology, General Medicine and Treatment. He has served as a Head of nephrology and a consultant at Prince Sultan Military Hospital Medina, Saudi Arabia and also active part of kidney transplantation programme. He has several publications.