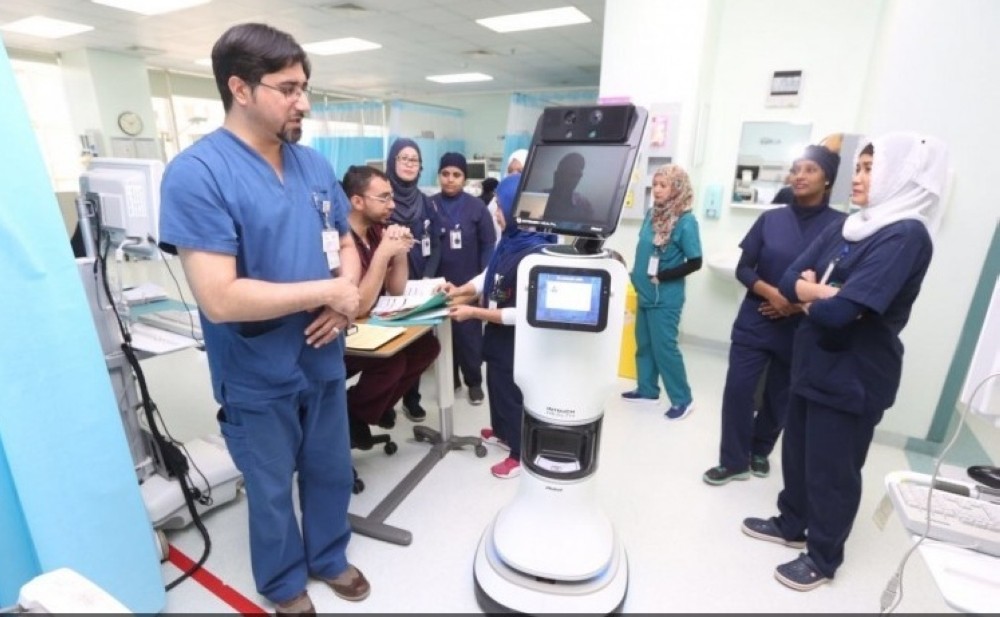 The Saudi Ministry of Health is forecast to spend $18.5 billion on healthcare every year for the next decade, with a focus on digitalizing the sector and adopting modern, even futuristic, processes to increase the life expectancy of Saudi citizens.

Work toward achieving targets is already underway and a prime example is Riyadh’s King Saud Medical City (KSMC), the oldest medical city in the Kingdom, which was founded in 1956 and currently boasts 1,400 beds and around 8,000 employees. In 2018, KSMC started the process to digitize its services and processes.

“During the pandemic you saw an increase in the virtualization of services — there is no need (for patients) to come for a regular visit,” Mohammed Saud Alhassan, director of E-Health Administration at KSMC, told Arab News.

“You have the choice as a patient of a virtual or physical clinic, based on the doctor’s opinion. So, most of the patients, especially in the outpatient clinic for just a regular checkup, there was no need for the patient to come into the facility itself so they can be seen virtually and given instructions by the doctor,” he added.

During the pandemic, emergency cases were still seen in the hospital. But in a bid to reduce face-to-face interactions, if treatments could be done virtually then they were. With the systems now in place, KSMC is planning to ramp up its usage. Alhassan said the hospital’s doctors are currently seeing around 400 patients virtually, but by the fourth quarter of this year he hopes to see this increase to 2,500 per week.

Back in 2018 when they began the digitalization plan, Alhassan said they believed it was going to take around three to four years to change the workflow system, but they have managed to achieve what they wanted in around a year.

“Yes (COVID-19) has been a gift for us. It has been a strong signal to look for the next generation of systems to help us optimize our resources,” he said.

The Kingdom’s investments in healthcare are already seeing results in recent years, as according to the Vision 2030 website, the average life expectancy of Saudi citizens rising from 72.6 years in 2000 to 75 in 2018.

As part of the process, KSMC developed a digital application for patients and staff. One of the key steps in the process was digitalizing patient health data, which was previously all done using paper documents in files and updated manually.