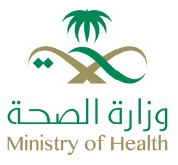 The Ministry of Health (MOH) has announced that it intends to launch the third stage of its expanded COVID-19 testing. It aims to assess the general spread of the novel Coronavirus in the Kingdom. This step is a continuation of the precautionary and preventive measures to curb the spread of the virus and preserve the health and safety of citizens and residents.

MOH stressed that the third stage will not include home-testing or visits. Instead, it will be implemented through several other outlets. The tests will be conducted inside cars at centers dedicated to this purpose in several cities. Primary health care centers (PHCs) will also provide tests. Citizens and residents will be allowed to book appointments for themselves through an electronic application.

Noteworthy, the first stage of the expanded testing was implemented by MOH’s field teams. They conducted active surveillance of the population in densely populated neighborhoods and labor housing inside cities. This expansion played a major role in detecting and recording more cases. At the same time, it contributed to addressing the situation more quickly. The second stage started on the 10th of Ramadan. Samples of those who underwent the COVID-19 test through ‘Mawid’ application were selected to get tested at health centers.
MOH continues to implement its active surveillance of COVID-19 as a proactive precautionary measure. It is one among many to address the pandemic. It takes as its target discovering cases early and providing them with proper medical care to curb the disease spread.